Had a brilliant couple of weeks with Maisie. After taking things easy with her for another week, just playing gently in the arena, lunging over jumps and free-schooling, I decided to try sitting on her bareback again. So with a helper on hand (just in case) we headed down to the arena, played for a few minutes before I led her over to the mounting block. First I just laid over her back and gave her a treat before sliding back down, next I laid across her and swung my leg over so that I was sitting astride and gave her another treat. (I always do this once mounted and my feet are in the stirrups as her reward for standing still whilst I mount).

We then walked off and did a couple of 20M circles in walk, she felt very relaxed which is unusual for her so I asked her to trot which she did willingly. I trotted half a circle before bringing her back to walk for a minute before moving her into another trot. Half way round the circle she broke into Canter. I couldn't believe it, I'd never cantered her bareback before and she was so willing. Once she slowed down I gave her a rub and dismounted. I couldn't believe how much I'd enjoyed being back on her. I hadn't realised until then that I'd stopped enjoying riding her months ago and it had become a chore and a battle. This was fun.

After this I rode her a few more times bareback. Just playing, only doing as much as she felt willing to do. Keeping it fun for both of us. Whilst getting her ready to go down to the arena about a week after our first bareback ride I decided not to put her bridle on but to just put her rope halter on instead and see how she was. (I tried this once last winter and she wasn't happy). After a bit of play, practicing circling game, yo-yo and sideways game, I took her to the mounting block and got on. She moved off hesitantly at first but soon relaxed, steering took a bit of sorting but soon we were managing turns and stopping. I asked her to move into a trot which she did happily, so after a couple of short trots I asked for a canter. With no hesitation she moved into a relaxed canter. after repeating on the other rein, I dismounted, grinning like a Cheshire cat and gave her a hug and a treat. We've repeated this once since, and had a couple of long reining sessions as well as her having some laser therapy on her hips and neck to try and help her feel better.

I'm looking forward to seeing what we can do this week. 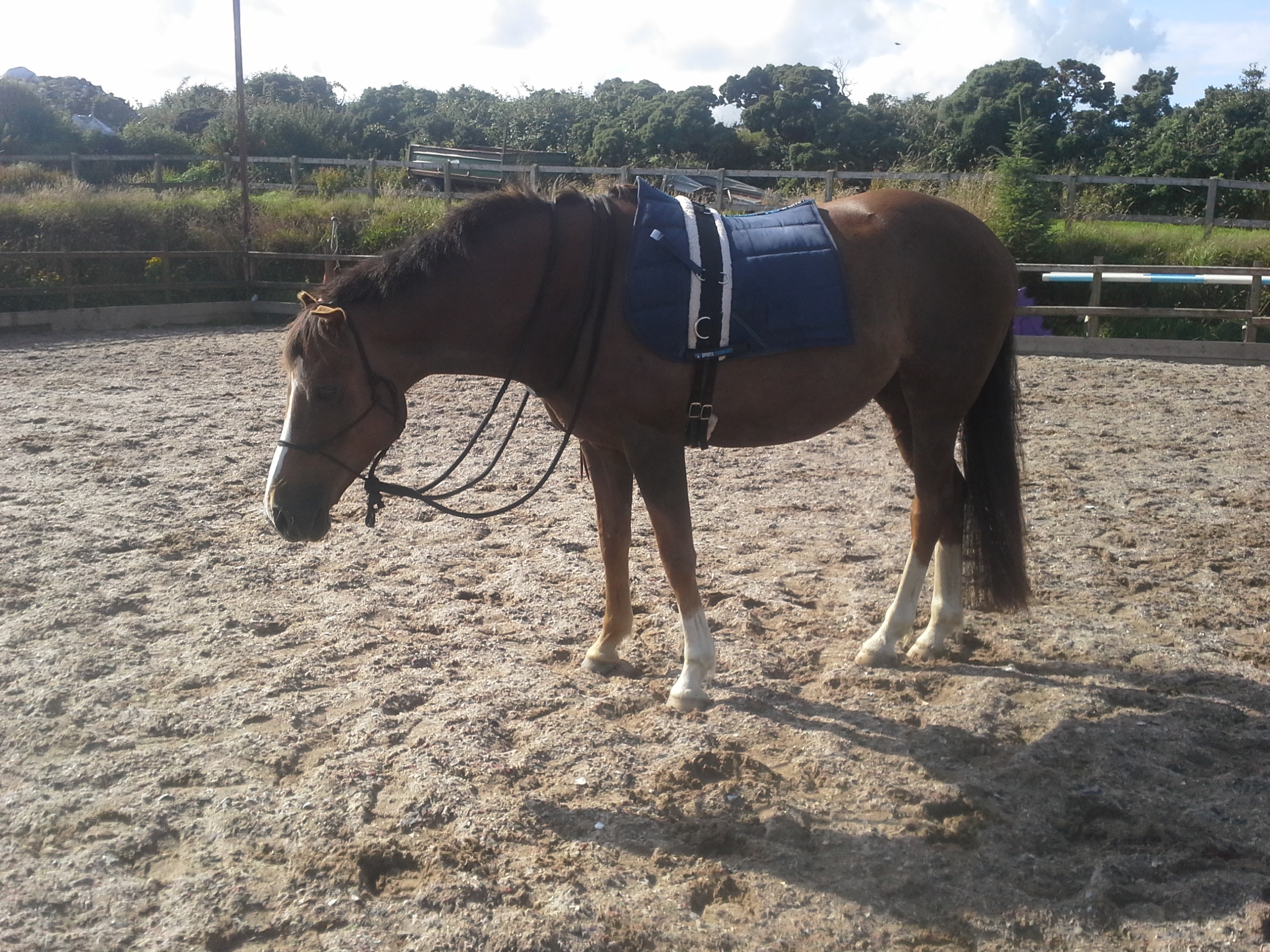